It all started with my biggest bet of all time. On December 12, 2020, Donald Trump got handed down a significant loss from the Supreme Court, and I knew in my heart he would not be president. People on Twitter disagreed about this; I found intelligent people convinced he would still become president and who were excited to bet at long odds on this belief. At the time, I estimated the fair value that Trump would somehow stay president at about 1/100 to 1/1000 and realized at 10:1 odds this was possibly the best bet I’d ever be able to place.

I bet about ⅓ of my net worth that Trump would not be the president post-inauguration on Jan 20, 2021. I made half of my bet before the events of January 6th and the other half up until the inauguration. I was offering 20:1 to 50:1 odds to true believers.

I had not yet joined Polymarket, and I had initially been skeptical of blockchain-based betting. After some dedicated research into the smart-contract architecture Polymarket uses, though, and seeing that the price of Trump being president on March 1st, as of February 10th, was still 6 cents, I dove in.

I began my journey onto Polymarket, depositing a few thousand dollars. I had played around on other prediction markets, but the combination of fees, lack of liquidity, and inability to bet for real amounts of money made me quickly leave them. As soon as I got on Polymarket and started betting, I realized that this was the first real prediction market where market odds are no longer distorted due to tiny limits or high fees. I realized the opportunities for profits were much larger than I initially thought, and my three thousand dollar deposit quickly grew to hundreds of thousands of dollars as my quest for Trump profits grew.

Political prediction markets that place limits on bet size generate distorted odds and can end up resembling popularity contests rather than true information markets. They can also be vulnerable to manipulation.

The promise of prediction markets is that they reward the correct answer, not the popular answer. This only works, however, if people with superior knowledge are able to take very large positions. Consider a situation where a thousand people believe candidate A will win, but only with 80% certainty. Then suppose there is one person with superior knowledge who is 100% certain candidate A will LOSE, perhaps because he's done proprietary analysis of early mail ballots and knows that everyone else is misreading the data. In a rational free market, the person with 100% certainty will make a very large bet, and the market will move to reflect his view. In this way, if even one person has superior information, he can make a large enough bet to overcome the "bad information" guiding the majority. In a rational free market without limits, in other words, the best answer wins: the market odds will shift to reflect the view of the person with the best information.

This process breaks down, though, if the marketplace put limits on bet size. On PredictIt, the maximum bet size is $850. If 1,000 people are wrong and one person knows everyone else is wrong with 100% certainty, the correct person won't be able to move the market much to reflect his view. His ability to rationalize the market with superior information is capped by the low bet size, and he won't be able to overcome the "bad information" guiding the majority. For this reason, prediction markets with low bet size resemble other forms of social media--basically a beauty contest. If everyone can only bet $1, then placing a bet isn't so different from hitting a "like" button.

That's one problem for political prediction markets that place limits on bet size. Another problem is that these markets are vulnerable to manipulation by campaigns and other interested parties. Political trading odds are mentioned all the time in the press, and they can feed into media narratives about which side is winning and which side is losing. This can have an impact on campaign morale, turnout, and, especially, fundraising. For this reason, it can be advantageous for campaigns--or even groups of individual supporters--to funnel money into political prediction markets to artificially boost the odds of a given candidate. In a truly free prediction market, this kind of manipulation quickly becomes cost-prohibitive--for example, if a campaign spends $100,000 to boost Trump's odds from 50% to 75%, that creates an opportunity for rational market participants to make the opposite bet at an attractive price. The bigger the manipulation, the bigger the opportunity for savvy participants to monetize the distortion by bringing the market back into rationality. For the campaign, the attempt to manipulate is wasted money--it will effectively have burned $100,000 subsidizing other players in the market.

If the market limits bet sizes, however, manipulation becomes much easier. A savvy political campaign can create many fake accounts and bid up the price of their preferred candidate without spending huge sums. Rational participants following the rules will then be limited in their ability to arbitrage the gap between the distorted market price and the rational market price. A single campaign wielding hundreds of fake accounts can be a difficult force to overcome.

Manipulation of political betting markets isn't theoretical. It has happened before, notably in 2012 during the final days of the presidential contest between Barrack Obama and Mitt Romney. In the last two weeks of the campaign, a single trader known as the "Romney Whale" is believed to have spent as much as $7 million on InTrade making a series of trades in an effort to prevent Romney's chances of winning on the platform from falling below 30%. An academic paper exploring the trades concluded it was likely the trader was a partisan attempting to manipulate public perception of the race in the final days of the campaign to boost turnout and fundraising. This kind of manipulation is far easier and less costly on platforms that place low limits on bet size. It's also much harder to trace. It's likely that partisan actors working on behalf of campaigns have attempted to manipulate various markets on PredictIt in recent years, though we may never know the extent of it.

The markets for Trump to become president and Biden to remain president in 2021 after the election were both markets that regularly paid 30-70% annualized interest to participants. These were among the safest bets with the highest returns anywhere in finance. I was literally begging my family members to give me money to invest, with no luck. I quickly became one of the largest volume participants in these markets.

I developed a tracker, so whenever the big Trump bettor would come in and bet on him to be president, I could sell the price back down, thus generating increased returns. While I was betting on the Trump and Biden bonds–because really these were as safe as bonds from a risk standpoint–I couldn’t help but notice the vast diversity of markets with odds that I thought were far away from “fair.” I quickly decided to extend the types of markets I was betting on to take advantage of all available opportunities.

Before Polymarket, I was confident in my ability to estimate odds for different events. I was a sharp poker player and had traded options at a finance firm. I was confident I could thrive in political betting markets. I soon discovered, however, that my skills did not transfer over, and I quickly lost almost 75% of my trump profits on two ill-placed, overconfident trades: one on not collecting enough signatures to recall Gavin Newsom and a second on Andrew Yang becoming mayor of New York.

After losing over $35,000, most of my Trump Polymarket profits, It was clear I was going to have to do more research, study the markets, and identify why my strategy was so wrong. I was excited to compete and sharpen my prediction skills, it was clear a lot more work was needed to start competing with the best, but I was hooked and had no plans to stop. In total, I made just under $100,000 betting against Donald Trump becoming president over a year, on initial capital of just over $1,000,000. It was just the introduction to Polymarket and what would eventually start enveloping most of my free time. 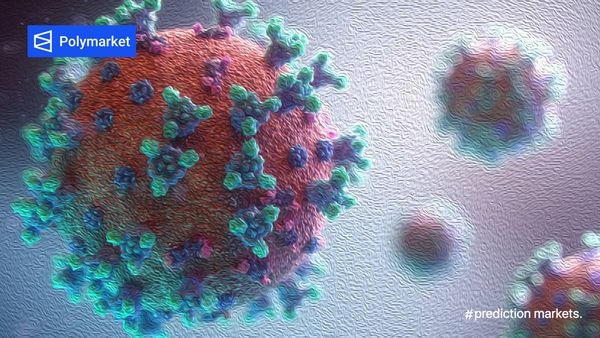 What are the predictions for Covid? Prediction markets like Polymarket are the best way to know what is actually going to happen. 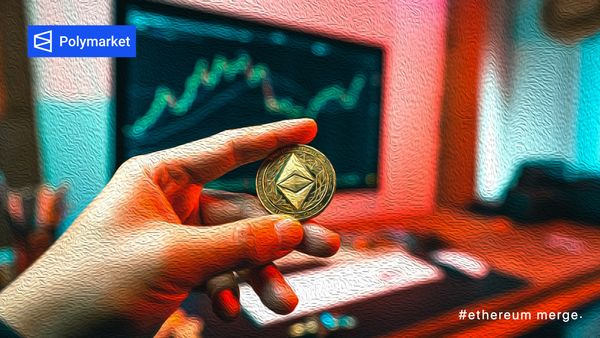 What is the Ethereum merge and how can you bet on when it is going to happen? Read to learn how it all works and where you can bet on it. 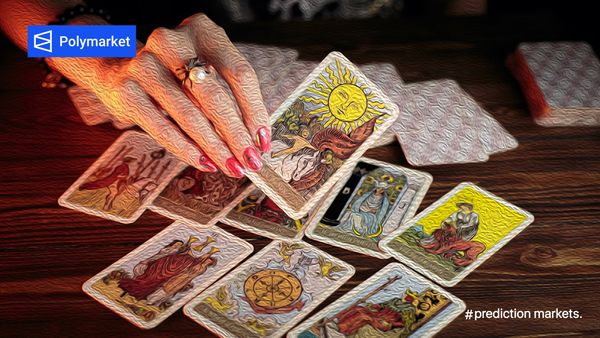 What is a prediction market and why they're good for society? Here's our in-depth analysis on the topic.